We got to Portland in time for dinner, which was really the most important thing.  We stayed in the Kenton neighborhood for the first night, then switched to an Airbnb near Rose City for the next three nights.  The roads in Portland, while the traffic wasn't bad, were awful.  Downtown Portland had lanes that would just end, one way streets that you couldn't drive on, etc.  It was horrible.  Can't emphasize enough how bad it was.

Portland was nowhere near as crunchy and weird as I was expecting.  Blame the show Portlandia, I suppose, but I was pleasantly surprised.  Portland itself was pretty nice.  A lot of people seem very proud of the fact that they have very few chains, but to be honest, I think San Diego has even fewer.  There was an abundance of Asian food, Thai in particular (the original Pok Pok restaurant is there, and there was quite a line when we walked by it.  Since we'd been to the one in Brooklyn several times, we did not wait this time).  One very cool thing about Portland is that they have a few different areas with food stands - more like food trucks, but they're permanent.  We discovered them downtown the first day, then in several other neighborhoods throughout the weekend.

Out of all the places we've been, the friendliest people have been in Portland.  No matter where we went, people we were sitting next to at restaurants and bars (and servers and bartenders) would start up conversations and give advice.  Like I said earlier, I was expecting the strangest people - and was caught off-guard by the genuineness of the residents.  One couple we were sitting next to at Ataula (a very, very good tapas restaurant) gave us a donut from their dessert because we were talking about that dessert and how we had ordered two different ones.  I realize that sounds strange, but it was oddly not.

One other thing about Portland: while we really liked it, it's not a very "pretty" city like everywhere else we were, and we took VERY few pictures.  We realized it while we were there, but it was even more apparent as I'm writing this blog and have pretty much no pictures from our time there.  Great city, great people, great weather, great time, not photogenic or pretty.  There's just nothing particularly striking about the city looks wise.

Having been on the road for a month already, I was getting pretty antsy about needing some downtime.  So, at Adam's suggestion, we rented an Airbnb in Bend, Oregon for three nights.  It was incredibly cozy and nice and just what I needed.  Adam went out exploring and hiking, while I stayed in and vegged and had me time.  Even Adam came out of that stay rejuvenated and agreed it was really nice to have some alone time away from each other - after 4 months of being around each other 24/7, it was nice to have even just a few hours alone. 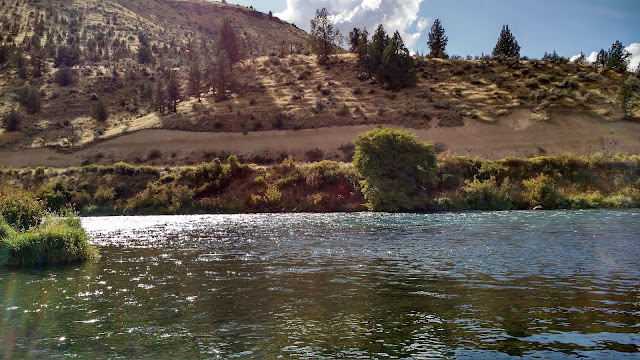 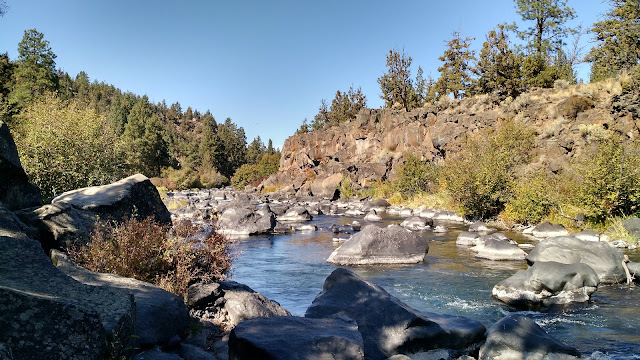 One funny story from Bend - one that my lovely parents were dying laughing at when I told them and wished they had witnessed.  I had some errands to run while we were there - namely, I needed to get the oil changed on my car, get a car wash, and fill the gas tank.  I make an appointment to get the oil change for Wednesday morning - it was great.  They were reasonable, friendly, and just awesome, and I spent a good part of my time waiting on the phone with my dad talking about the Yankees wild card win over the Twins.  After the oil change, I decide to go get a car wash.  There's a place with really good reviews on my way back to the Airbnb, so I stop there.  I drive up, tell the guy I want the premium wash, pay, and drive into the car wash.  They are pre-washing the giant Suburban in front of me; they finish, he goes in, I drive up and they pre-wash my Civic.  I go into the car wash, with the left wheels on the track and car in neutral, just like I'm told.  About halfway through, the Suburban kinda just stops and keeps jerking forward and back, hitting my car repeatedly.  The guys stop the wash, get the Suburban back on the track, and it goes on its way.  My car keeps going, but doesn't get washed anymore or rinsed, so I drive back around and they're like, oh yeah, you need to get a redo.  I roll down my window to ask a question, the guy gets the hose, and proceeds to start pre-washing my car, spraying me right in the face.  I could've killed him.

Another interesting thing from our time in Bend was we saw someone get refused service at a bar because she was too drunk.  She got mad, stumbled out, and the staff had to follow her to make sure she didn't get into a car.  The restaurant handled the situation very, very well - I was impressed.

Salt Lake City wasn't on our list of cities to check out, but we had several people in Portland tell us to check it out, as it's very up-and-coming, so we decided to head there after Bend, with a stop in Boise for lunch.  Boise was really nice based on our 1-2 hour stop, and after a long day of driving, we got to Salt Lake City around 10pm.  Our Airbnb there was the weirdest place we've stayed at in the 5 months we've been on the road - the house almost seemed haunted, the people were a bit strange, and we could not for the life of us figure out who lived there, who were guests, and what everyone's relationship was.

Salt Lake City, though, was great.  The city is beautiful, with amazing roads and infrastructure - there's just not quite enough there for us yet.  In ten years, it's going to be amazing - it has the space to grow, has good public transportation, and, with a law that is up for renewal next year and will hopefully be repealed, will be able to build high-rise buildings soon.  Everything is there - it's coming.  Skiing in Park City is just like 45 minutes away.  The airport is about 5 minutes from downtown.  The scenery is beautiful - it's in the middle of all these mountains - and we were fortunate to be there during beautiful weather.  I did have major concerns that their snow season is from November 5-April 15 - that's a bit too long for me.

We spent most of our time in SLC wandering around and exploring.  There was a definite lack of coffee shops that are in abundance everywhere else, but we still liked it.  I was able to find a bar that opened at 10am on Saturday to watch the Clemson game, and we stayed there all day.

We drove out to Great Salt Lake on Friday afternoon, and it did not disappoint.  Antelope Island was beautiful, clean, and had great views of the lake.  We hiked up to a viewpoint, where I lost cell service and was unable to keep up with Game 2 of the Yankees-Indians series (this was the game they were leading 8-3 and lost in extra innings.  I got to a bar just in time for the 11th inning). 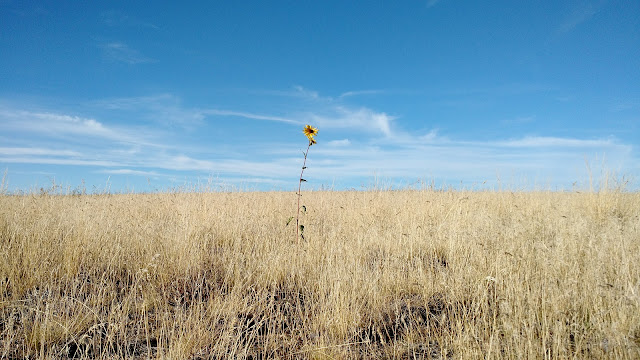 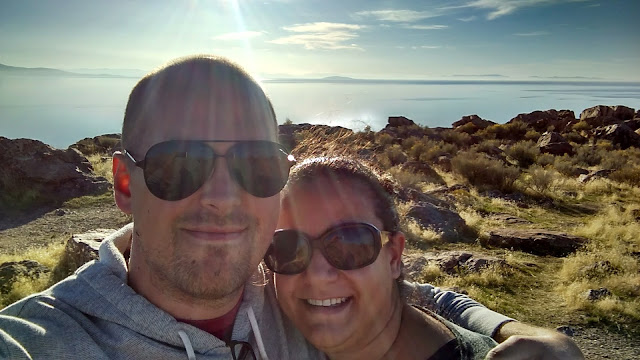 The drive from Bend to Salt Lake City was about 10-11 hrs and kicked our asses, even with no traffic.  So because of that, we decided to split the equally long drive from SLC to San Francisco into two days, with a stop in Reno about 2/3 of the way through to break it up.  The directions from SLC to Reno were, in a nutshell, get onto I-80 in SLC, drive 515 miles on I-80, exiting in Reno.  It was NOT exciting, but it was a really easy driving day.


I found a really cheap deal online for Circus, Circus, so that's where we stopped.  Adam decided to just veg out and play his Nintendo Switch for a few hours while I went exploring in the casinos (there were three that were attached).  Reno is...sad.  It was a perfect place for a quick stop for us, but it's not really our type of place as neither of us gamble (I played $5 on a slot and won nothing).  We got sushi in one of those casinos for dinner and it was fine, but our server was clueless.  Adam ordered a martini; when the server came back with the drink in the shaker and poured it into a martini glass, he didn't use a strainer so there was a ton of ice, and when I questioned it, he said that's the way martinis are done.  No, but thanks.