Road Trip Part 5: Snow on September 15 (or, MONTANA!) and the Winter Wonderland of Yellowstone

Now out of this entire cross country trip, with stops to visit multiple family and friends, the one family member Adam was easily most excited to see was Julie's dog, Rach (as in Rachmaninoff, the composer).  I have heard SO much about him, and while I was excited to finally meet him, I was more excited to see Julie and meet Walt, Julie's boyfriend.  So when we got to Red Lodge, Adam pretty much got out of the car and went right for the dog.  Rach probably remembered Adam and was happy to see him.  He's a very smart dog, and, despite my expectations being low because Adam said his fur was wiry, was very soft.


Anyways, Red Lodge.  Since Julie was off on Friday, we timed our arrival for Thursday evening; she took Monday and Tuesday off, so we had five full days to hang out.  Our original plans included camping and hiking, but, well, as you can see from the title of the post, we got snow on Friday and Saturday.  So, the first few days we were in Montana were pretty relaxed, with us cooking dinner and hanging out with Julie, Walt, Rach, and their friends.


Red Lodge is a really cute town.  It's very tourist driven, particularly during the summer, as it's the last town before Yellowstone.  Some of the places were already closed for the year; some of the roads were starting to close as well.  The roads by Julie were one of the reasons we decided to head out earlier than originally planned for our road trip, and also one of the reasons that we took the northern route out and the southern route back.  And on the day we left, it was snowing (they were supposed to get around a foot) and roads were already closed.  I can't imagine if we had stayed another month in Central/South America - I feel like we wouldn't have even been able to get to Montana.


We had two nice weather days while we were in Montana - one we spent wandering around the town, and the other we spent hiking at Sioux Charlie on the Stillwater River.  Walt was working, so Julie, Adam, Rach and I went.  It was pretty quiet out there, and we didn't see any bears, but it was gorgeous - the river was COLD! 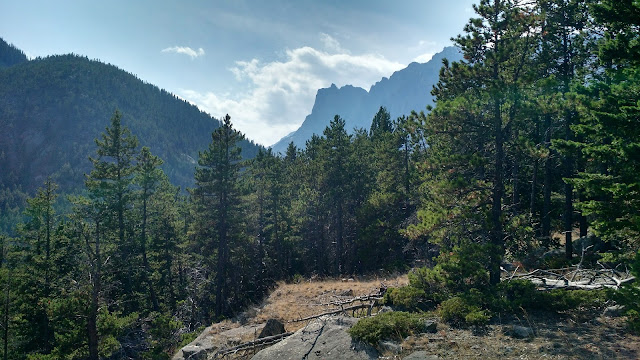 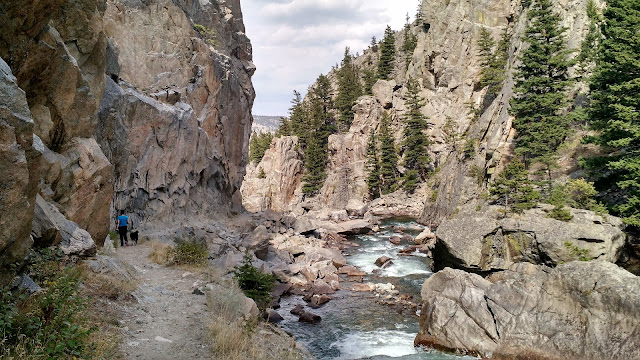 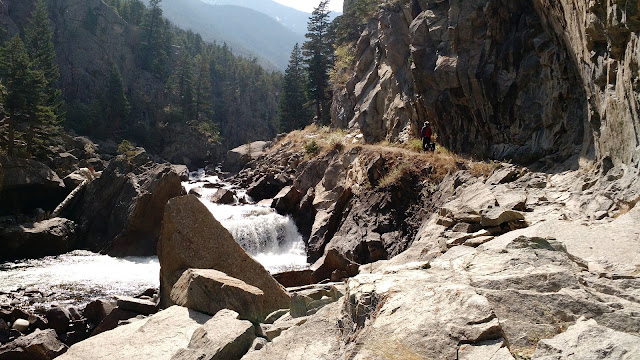 We were originally planning on leaving Montana on Wednesday morning - however, on Tuesday night, I was eating a gummy bear and one of my crowns popped off.  So, I called the local dentist first thing Wednesday morning and went there at 10am.  He put it back on, but I heard it crack when I bit down.  So did he, but he thought it would be okay.  I disagreed and picked up some cement on my way home at 11am.  By 12:30, Adam and I were having lunch and it completely cracked.  Called again, went back, and was there for another 4 hours while they made me a new permanent crown - amazingly, it was a VERY new, state-of-the-art office and they had the equipment to make a permanent crown.  It felt great until the hygienist did something, and I'm still scared to fully chew on it over a month later.

Anyways, we finally left Thursday morning.  It was already snowing, but we left early and headed to Yellowstone.  The direct route through the Beartooth Pass was closed because of the weather, so we went through Cody, Wyoming - named for Buffalo Bill Cody - and had breakfast at a hotel in town named for his daughter.  Yellowstone was really beautiful, and Old Faithful was worth it, but not going to lie - Susan J and Conrad were there a week later, and their pictures, with blue skies, are WAY better than ours. 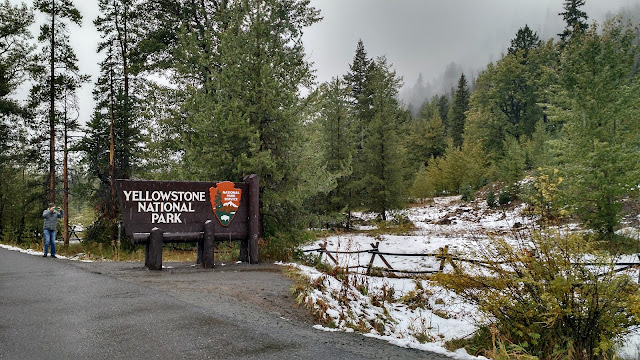 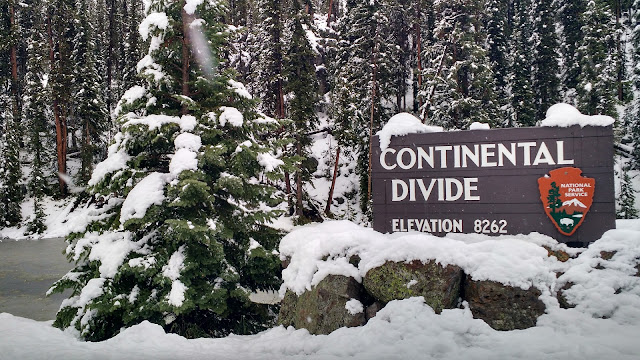 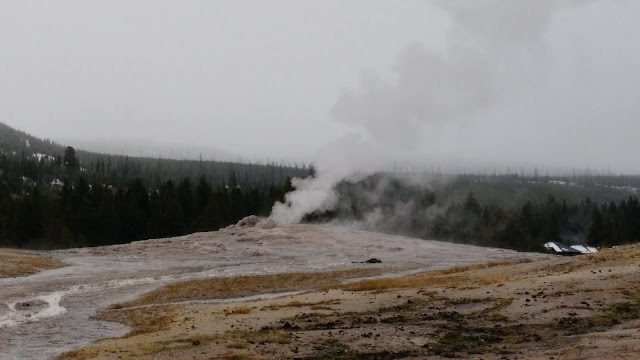 After winding our way through Yellowstone, we spent the night in Butte, Montana at a Fairfield Inn that Adam keeps mentioning how great it was - a month later.